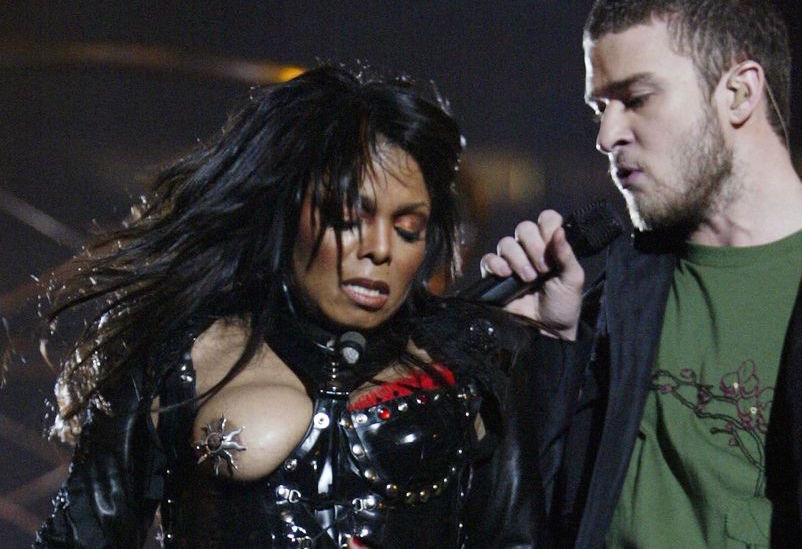 As a sexologist and as the Managing Director of the Health and Science Advisory Board, I’ve seen my share of private parts. I didn’t think there was much left in the realm of sexual expression to surprise me until I peeked over my shoulder at half-time at the boob tube only to catch a glimpse of Justin Timberlake making his move.

Now, I have to admit that I am not a big sports fan. However, I felt compelled to keep my 20-year-old Emerson 19-inch TV that sits above the filing cabinet in my office on while I was working at my computer so as to be part of the action; to be connected in some way to the other 100 million people around the world watching at the same moment. And what a moment it was! I was shocked. I could hardly believe my eyes. It was a small screen a couple of yards away and I didn’t have the benefit of TiVo to pause and replay the titillating scene.

I was now focused on the TV, waiting in anticipation for the blow-by-blow recap from some sports commentator of what I thought I just saw. However, Jackson’s breast didn’t get much coverage that night. I was left wanting and fixated on the staged event until this very day.

People who know me, and many who don’t, often find me to be a contradiction. How is it that someone who disseminates explicit sexual information, advocates for access to sexuality education for people of all ages, and consults for a company that provides adult entertainment over the Internet, is so troubled by a little nipple? Well, it is the context, not the content, that disturbs me.
It is not a nipple, or a bare breast, or even the glimpse of a bare butt on TV that gets under my skin. It is the mass media that exploits sex for gain on a daily basis and then quickly acts to distance itself from one of its own creations. MTV, which produced the offending show, and CBS, which broadcast it, both said they had no idea the show would include such a display, which was edgy for a G audience even without the breast exposure incident. Had the Super Bowl halftime show aired on MTV, the FCC would have been powerless to fine it and I doubt I’d be writing about it.

While CBS rushed out an apology, there had been clear indications for a week prior to the super bowl that Jackson had planned something. MTV had hinted during its afternoon programming that Jackson’s appearance would be "one for the record books."
"CBS deeply regrets the incident," spokeswoman Leslie Anne Wade said. "We attended all rehearsals throughout the week and there was no indication that any such thing would happen. The moment did not conform to CBS broadcast standards, and we would like to apologize to anyone who was offended."

What broadcast standards? The media uses sex to sell everything from records, to vacations in Disney World, to their own news at the expense of all who are subjected to it with little choice but to not watch TV at all, not turn on the radio, and not open or even look at the cover of a magazine or newspaper. In these days of supposed women’s equality it seems like the only standard the media stands by is the double standard.

You don’t need a degree in marketing or media literacy to see that television shows, commercial advertisements, and music videos are using women’s bodies as a marketing tool to increase ratings and sales. Men are typically in sexual situations fully clothed, while women are in provocative clothing or less. On music videos, Maynell Thomas, an entertainment attorney and producer, said they were products of commercialization, taking the place of music tours, and that the women are "a promotional tool to use...to sell music."

The media sends impressionable young women a message that they need to show more skin, an image portraying women as brainless, but with a desirable body. At the same time we do a disservice to young men, fueling pressure to perform in the sexual arena as well as in the football stadium in order to maintain their masculinity.

To add insult to injury, politicians use sex as a political football, tackling consensual adult entertainment and comprehensive sexuality education while choosing to punt on the more persuasive and intrusive commercial advertising that is targeted largely to minors. Marketing professionals with degrees in psychology prey on sexual insecurities that are the result of the lack of sexuality education by families, schools, religious and medical institutions. Media advertising that exploits sex sets up precarious expectations for both young women and men and contributes to the said delinquency of minors.

Body parts in and of themselves are not "obscene" or "indecent." What makes them patently offensive or indecent to me is their exploitation by mainstream media that profits from a government granted privilege to use the airways. FCC chairman Michael Powell said he was outraged at what he saw during the halftime show of the Super Bowl. "Like millions of Americans, my family and I gathered around the television for a celebration. Instead, that celebration was tainted by a classless, crass and deplorable stunt. Our nation’s children, parents and citizens deserve better," Powell said. "The whole performance was onstage copulation." It makes me wonder where he and the FCC have been all along?

In a press release, Free Speech Coalition Executive Director Kat Sunlove said the entire half-time performance had distinctly sexual overtones and was therefore inappropriate for a family show such as the Super Bowl.

"We see it as a matter of giving parents adequate and timely warning that such adult-oriented material is coming up," said Sunlove. Parents know what children will see if they let them watch programs labeled as having adult themes. That is obviously not the case with the Super Bowl, which is expected to be family fare.

Blog Popular
Spread the Word!
Sign in if you'd like new recruits to be credited to you.